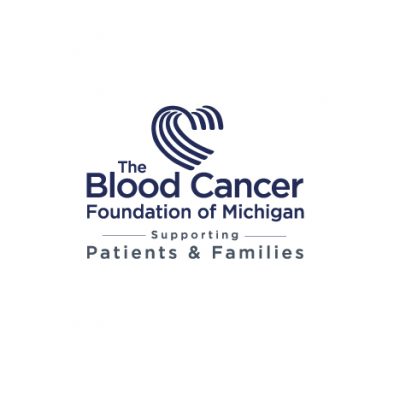 DETROIT (WXYZ) — It's no secret that the COVID-19 pandemic has hit the non-profit sector in its wallet, but just how hard really depends on what type of non-profit you're talking about.

An analysis by the Center for Effective Philanthropy surveyed 163 non-profit leaders from around the country in May 2020 and again in February 2021.

Its findings suggests many takeaways about the pandemic's financial impact on non-profits including the importance of large foundational giving, the effectiveness of the federal Paycheck Protection Program is helping keep non-profits functioning, and that while many non-profits reported their foundation funders have been flexible, "nonprofits led by women and nonprofits serving certain communities (including Asian, Pacific Islander, Middle Eastern, and Native American communities) experienced somewhat less flexibility, responsiveness, and communication."

The data provided also suggests that non-profits rooted in arts and culture tended to fare worse financially overall compared to other non-profits, some reporting moderate or mild negative financial impacts, and a few even reporting financial improvements.

We checked-in with a couple of local non-profits in metro Detroit to get a sense of their biggest struggles thus far during COVID and what financial recovery will look like; for most, it will be measured in years.

“Some donors stepped up and helped out where other donations were waning a little bit," said Heidi Grix, president and CEO of the Blood Cancer Foundation of Michigan.

The Blood Cancer Foundation hasn't had to cut services during the pandemic. In fact Grix said despite a significant dip in revenue they've been able to expand some services. She said this is due in large part to the Foundation's rainy day fund ahead of March 2020, when the wide-spread cancellation of large events put a huge dent in their fundraising capabilities. Grix said the foundation lost $35,000 almost immediately due to canceled events.

As for the saving pot, she said, "of course I was expecting a storm and not a global pandemic.”

The Foundation, which helps Michigan blood cancer patients and their families with medical costs and other expenses, also received both rounds of federal money through the Paycheck Protection Program. While donations are still down, Grix said, the organization's savings has been able to fill in the funding gaps so far.

“In the end we didn’t use them all. We actually said we were going to use about $400,000 which is about 35 percent for our budget year heading into the new fiscal year in July last year," Grix said.

Danielle Holly has written about COVID'S economic impact on non-profits, and was recently featured in Non-profit Quarterly on the subject.

Holly noted that non-profit organizations related to healthcare and food security like food pantries by-and-large have fared best during the pandemic.

“Things like arts and capacity building and training that address some of the systemic issues that we see in our society are those that don’t feel like the hottest fires during these moments," she said, noting that health-related groups tend to be more in focus right now.

Giving from large groups like family foundations played a big role for The Community House in Birmingham when personal giving took a dive.

“We had to make some tough decisions," said president and CEO, William Seklar.

The Community House is a popular event venue for weddings and the like. It also supports other local charities, hosts community programming events, and offers space for classes. When so many of those community events and classes either moved online, down-sized, or were canceled, Seklar said they had to let around 90 percent of their staff go.

That, among other financial realities, forced The Community House to no longer offer free meeting space for nine civic groups.

“Those groups are used to having service," Seklar said. "So they expect employees to be there, set up the room, break the room down, food service and such.”

It was an unfortunate but necessary step, Seklar said, in order to allow The Community House to continue to serve the community in its best capacity.

So far they've brought back around 50 percent of laid off staff, but there's another struggle Seklar said is stopping them from bringing back more.

“We’re also now dealing with the great resignation," he said, referencing the wave of people leaving the labor force.

The Community House's topline revenue is down 40 to 50 percent since the start of the pandemic.

“And we don’t see that changing very fast," Seklar said. "Our hospitality department was our strongest revenue generator and we still have brides and groups and gatherings, they’re afraid still.”

“There are some reports that are saying it’s going to take arts organizations at least a decade to recover from the employment and the revenue losses that they saw in the last 18 months," Holly said.

If you're interested in donating locally but not sure where your dollars will make the most impact, you can reach out the Community Foundation of Southeast Michigan by calling 313-961-6675.