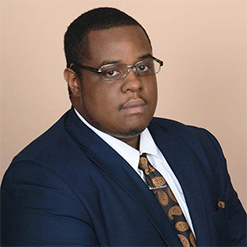 “Best thing I would say to others facing a diagnosis like mine is you’re not alone – people care what’s going on with you.”

Mendez Holliday of Van Buren County had a life many men would envy, with a longtime girlfriend, six children, and a job at Millie’s Bakery in Kalamazoo. His bakery job required a certain degree of physical strength to perform it, and Mendez was definitely up for the challenge--until December 2018, anyway, when was he just couldn’t muster the strength anymore. He was tired all the time, lightheaded, and coughing a lot. As his condition deteriorated, a coworker finally suggested Mendez go to Bronson Hospital, since this exhaustion was so uncharacteristic. 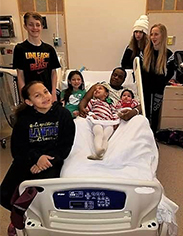 As Mendez puts it, “I’ve never been that worn out in my life. That was the night I went to the hospital. They told me ‘you have a six-inch mass in your chest and it’s on your windpipe. Your lung is collapsed.’ My diagnosis was classical Non-Hodgkin’s lymphoma. I started treatment the next day.”

Mendez battled, fighting this unwelcome invader with all the remaining strength he had. He underwent two types of chemotherapy plus radiation, but, unfortunately, still didn’t go into remission. This led to a stem cell transplant in September 2019 in Grand Rapids, where he was hospitalized for 20 days straight. Mendez tried hard to stay positive and financially sound during his roller coaster ride through treatment. One of the best ways that he found to accomplish that was through his frequent contact with Deborah, his Patient Support Specialist at The Blood Cancer Foundation of Michigan. Deborah called Mendez regularly to check in, and she demonstrated in large and small ways how much she cared about how he and his family were coping. Deborah enrolled Mendez in BCFM’s travel reimbursement program, so he didn’t have the worry about how to pay for getting to treatment. On top of this, BCFM gifted Mendez with holiday toys for his children when he couldn’t provide them a Christmas. Mendez will never forget the way that made him feel. “Man, thank you. One year we didn’t have anything planned for Christmas. You guys sent gifts under my name to my kids. That was invaluable, and my kids will never forget it.” 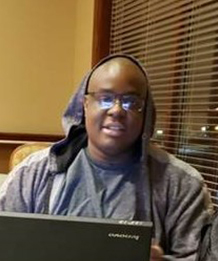 The stability that BCFM provides blood cancer patients & families has a ripple effect, improving all the lives it washes over. Mendez puts it best: “When you’re in a situation where you can’t provide like you used to be able to, just having the support system there is so important. There was a time that I felt alone and the most amazing thing is that people at BCFM really care about me and my family. It’s such a blessing.”

Mental health is something almost everyone struggles with from time to time, but for those in the throes of a blood cancer diagnosis, the resulting feeling of hopelessness can almost seem crippling. For Mendez, having the expertise of the master’s level social work professionals at The Blood Cancer Foundation of Michigan made all the difference in his ability to work through his feelings and look toward a brighter future. His advice to others going through a similar situation? “Don’t fear the loneliness. At BCFM, there are people who know what you’re going through and understand your situation. Answer the phone if they call, because they helped me a lot. You get down and the phone calls lift you up. It’s needed motivation to keep on pushing.”