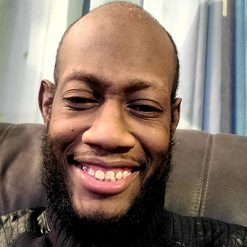 Every cancer diagnosis is life changing. When you hear it is you, your child or your loved one, it can stop your world from turning.  When your diagnosis is a rare form of blood cancer, it can cause your world to come to a compete and sudden halt, often with tragic implications.

“You have three weeks left to live,” was his doctor’s prognosis. Silence answered when Aaron had no words.

Each year, one person in a million is diagnosed with plasma cell leukemia – and it was the new reality for Aaron - he was that one in a million.

Facing his devastating prognosis, and limited treatment options, Aaron decided that he was not going to accept defeat – and made the decision to do everything he could to keep his world turning.  During the weeks following that conversation with his doctor, Aaron, his family and friends saw just how remarkable he really is.  First, he passed the three-week timeline his doctor gave him. Then, he managed to make it through his first year of treatment, enduring multiple rounds of chemotherapy as well as a bone marrow transplant, which had a 15% chance of effectiveness. Aaron survived the transplant and began to recover. With his mom by his side through the entire journey, he became stronger, and the people around him started to understand that he really was going to beat his cancer. He felt like he had his life back, and his world started to return to normal. 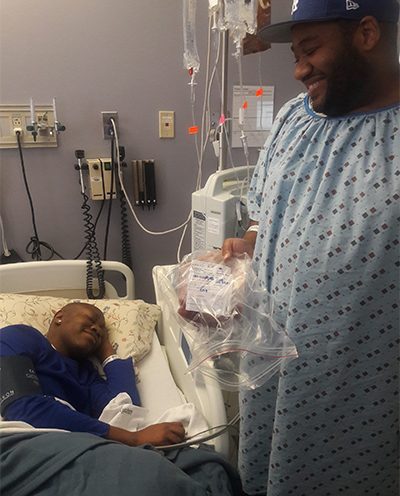 Then, two years later his cancer returned – with more strength than the first time.

Now 29, and still unwilling to give up, his doctors presented him with one last treatment option - an allogeneic stem cell transplant. This high-risk procedure has a greater fatality rate than other transplants as a patient’s body has only 14 days to accept the donor bone marrow and successfully begin to generate new blood. With the help of his brother as his bone marrow donor, Aaron received the transplant, and began to produce new blood. This procedure not only saved his life, but also made his brother and him 98% DNA based twins- and his world started to turn yet again.

Seven years have passed since Aaron was originally diagnosed, and he continues to defy expectations.

Aaron’s search for answers, community, support and a sense of balance lead him to the Blood Cancer Foundation of Michigan (formerly Children’s Leukemia Foundation). After finding a BCFM pamphlet at his doctor’s office, he called and was paired with Angela, a BCFM Patient Support Specialist, who grew to be a trusted source of support and a consistent resource, even during his darkest moments.

Every blood cancer patient has their own story and Aaron’s rare diagnosis led to a unique and difficult to define path – one that needed constant navigation, and presented continuous questions. Angela provided answers, a plan - and a shoulder to lean on when it was hard to talk to anyone else.

When Aaron wants to give up, he thinks of the memories he has made with The Blood Cancer Foundation of Michigan. “Being and saying I’m thankful can never convey the gratitude I have for BCFM and the blessing they have been in both my and my family’s lives,” says Aaron.

Over the years, Aaron and his family have created lasting memories and have had the ability to maintain stability – something that cancer so often strips away. From special outings and safe community gatherings within the BCFM social support program, to holiday toys for his kids when he couldn’t do his holiday shopping, to assistance with two different vehicles to get to and from treatment, BCFM has partnered with Aaron, and his family, to ensure his success.

Aaron will tell you that his biggest support system is his family. His resilience in fighting through his one in a million cancer comes from his son, whom he says keeps him alive, and for whom he has a million reasons to keep his world turning!

At The Blood Cancer Foundation of Michigan, we are reflecting on the stories that make our world turn – every one of them unique and special, during this season of gratitude. We are humbled to support, empower, and provide hope to Aaron, and every other patient in our blood cancer community. With your help, we keep our promise to provide critical services for patients and families who are navigating their own blood cancer journey.